Mappe – The most distinctive causes of death in each state

What Does “Trade What You See” Really Mean? –

A Consolidation or a Correction?

A Consolidation or a Correction?
September 10, 2021

Bitcoin Mining Uses More Electricity Than All of Google

Bitcoin Mining Uses More Electricity Than All of Google
September 10, 2021

5 tips for starting your own brewery | BOSS Magazine

5 tips for starting your own brewery | BOSS Magazine

by The Kynd Gentleman 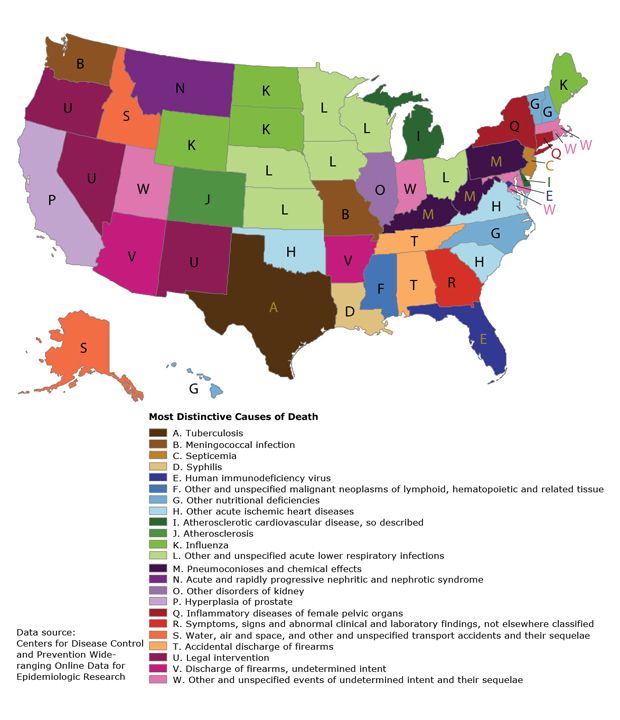 IN AN EFFORT TO REMIND us of our own mortality, the Center for Disease Control has published a map of the most distinctive causes of death in every state. Seriously, they mention social media interest in their findings. But what does “most distinctive cause of death” mean? This map is a measure of the cause of death most overly represented in a state compared to the national rate. For instance, while Oklahoma contains only 1% of the US population, it made up for 24% of deaths attributable to “other acute ischemic heart diseases” between 2001 and 2010. While this map of deaths across the US doesn’t necessarily reveal the most common cause of death in each state, it does reveal interesting trends. For instance, the mining states of West Virginia and Kentucky each have lung-related disease as their most distinctive cause of death.